Welcome to Home Cinema, streaming live to you near, far or wherever you are. If you are experiencing streaming issues clear your cache or get in touch via the chat! 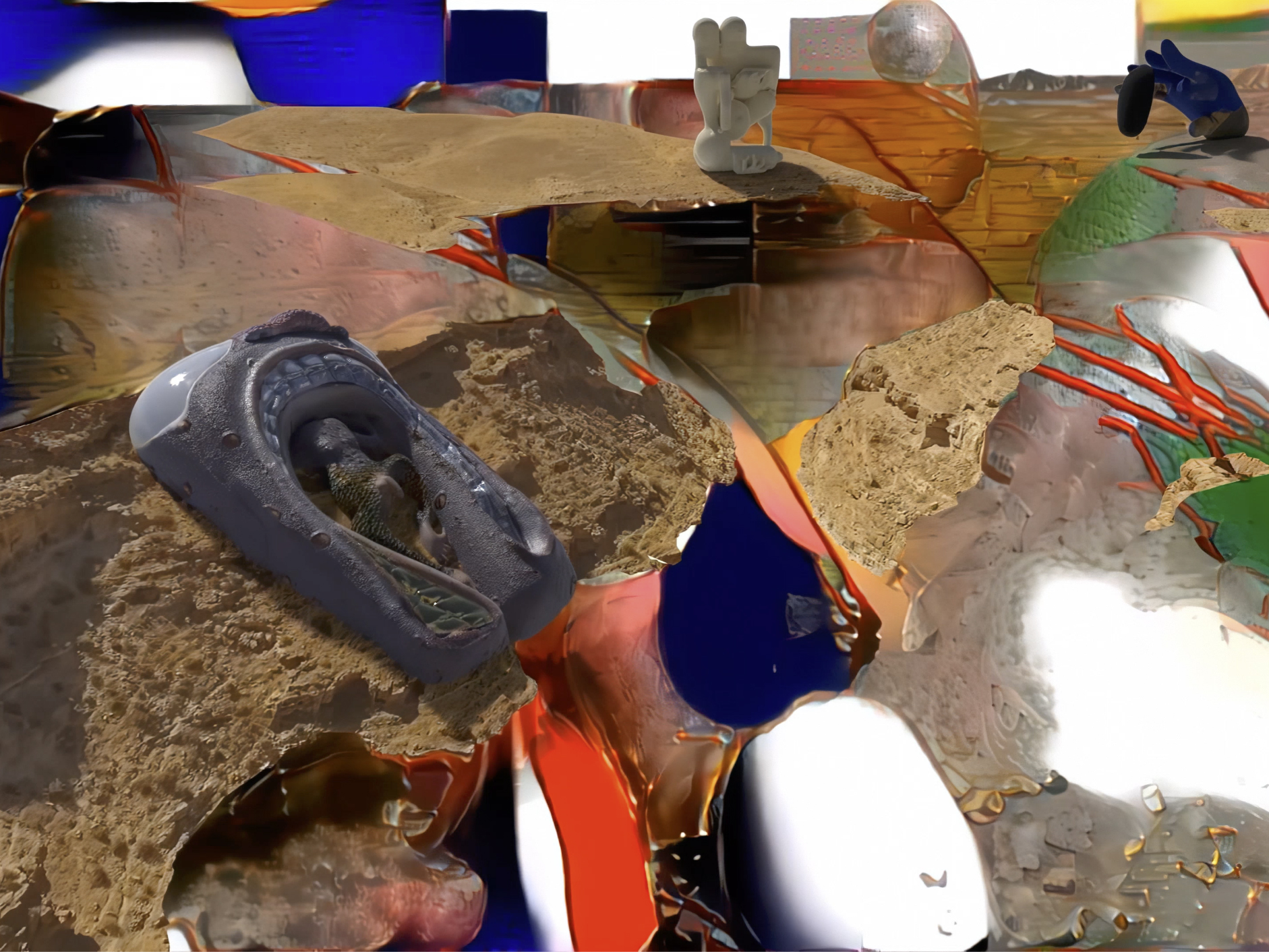 At the center of Kévin Bray’s art practice resides the video Morpher. Like a living organism, this video piece is continuously evolving, in addition to adapting to the spaces where it is displayed. It tells the story of a being in search of an identity, for itself as much as for the context of its own exploration.

Attempting to make a comment on the way we consume information and the limits of our understanding, Morpher questions what the borders of subjective and objective truth are and how these boundaries manifest themselves. Navigating through a reality that would be constructed only by humans for humans, the journey undertaken in this work becomes a shape shifting critical mirror of our language, information and data society. Drawing inspiration from philosophy, media literacy, narratology and symbolism, the different layers composing the video could have been overwhelming in its abundance, if it weren’t for Bray’s purposeful revealing of the compositions at play. Influencing the configuration of reality by montage and alienation, he recalls videos of ‘behind the scenes’ vfx breakdowns of Hollywood movies. Inviting us to be active agents within the developing processes at play; this specific exchange with the viewer is an appropriation of Bertolt Brecht’s ‘distancing effect’ in which familiar contents are presented in an unfamiliar way. This technique, used in both theatre and cinema, was conceived in order to provoke the audience to not be passive spectators lost within the narrative but rather, to be conscious critical observers.

A large part of Bray’s practice revolves around the creation of paintings, which are autonomous pieces as much as symbolic storyboards for the video Morpher. The paintings recurrently make an appearance within the video series, existing within the pre-production space as announcers of what may come, as much as props later within the video as reminders of these interconnected complementary processes. By creating a visual script, the images travel across the physical and digital realms becoming a sign system in and of itself. They take on the roles of a subtext (an underlying and often distinct theme within the work), as much as a hypertext (text that contains links to other parts of the video) and an intertext (the shaping of a texts meaning through another text).

Through this fluidity of signs, Bray aims to accentuate the capacity of language to morph. To adapt and transform into new narratives, new challenges and new possible forms of poetry that we want our society to take, while simultaneously unfolding the struggles of doing it through the complex interweaved layering of it all.

Artist Biography
Kévin Bray's work oscillates between several media – namely video, graphic design, and sound design – through which he questions the existence of the image and its (modes of) production. To what extent is a still image time-related? How do media and format interact and influence each other? He tries to understand how the form and language of a particular medium are visualized and manipulated, in order to impose those codes onto another medium. His interest lies in playing with the possible porosity created by confrontation and through this methodology he aims to open and diversify a language while exploring the edges of its possibilities.